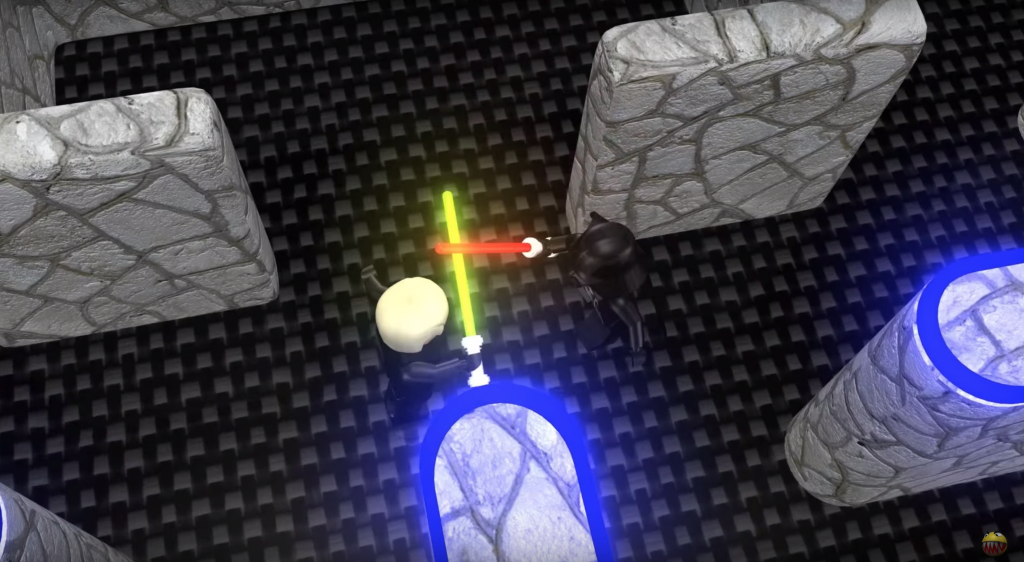 Hey hey hey my fellow gaming lovers! How have you been?! I hope you have been playing with your favourite game today and that you are enjoying this amazing 2020!

In today’s article I want to share with you a very cool original 3D animation I produced some time ago featuring my favourite gaming character Pac Man and Lego Star Wars. I love everything from the George Lucas and The Star Wars universe and I hope you will like this as well!

Lego Star Wars is a Lego theme that incorporates the Star Wars saga. Originally it was only licensed from 1999–2008, but the Lego Group extended the license with Lucasfilm Ltd. multiple times: first until 2011, then until 2016, then again until 2022.

Star Wars was the first intellectual property to be licensed in Lego Group history. The first few sets based on the original trilogy were released in 1999, coinciding with the release of The Phantom Menace. The first wave of Lego Star Wars sets included model 7140, an X-wing fighter. Sets based on the prequel trilogy (Episodes I to III) of Star Wars would follow, starting with Episode I – The Phantom Menace. As each new film in the prequel trilogy neared its release date, Lego issued new models of ships and scenes in those films, as well as additional sets from the original trilogy. Lego also produced models based on The Clone Wars, which was released early in 2008. Sets based on Star Wars Rebels, The Force Awakens, Battlefront, Rogue One, Solo, The Last Jedi, Star Wars Resistance, The Mandalorian, and The Rise of Skywalker have also been produced.

I hope you enjoyed this article about my original 3D animation featuring Pac Man and the Lego Star Wars . If you did, please let me know in the comment section below and share it with a fellow gamer! It would mean the world to me!