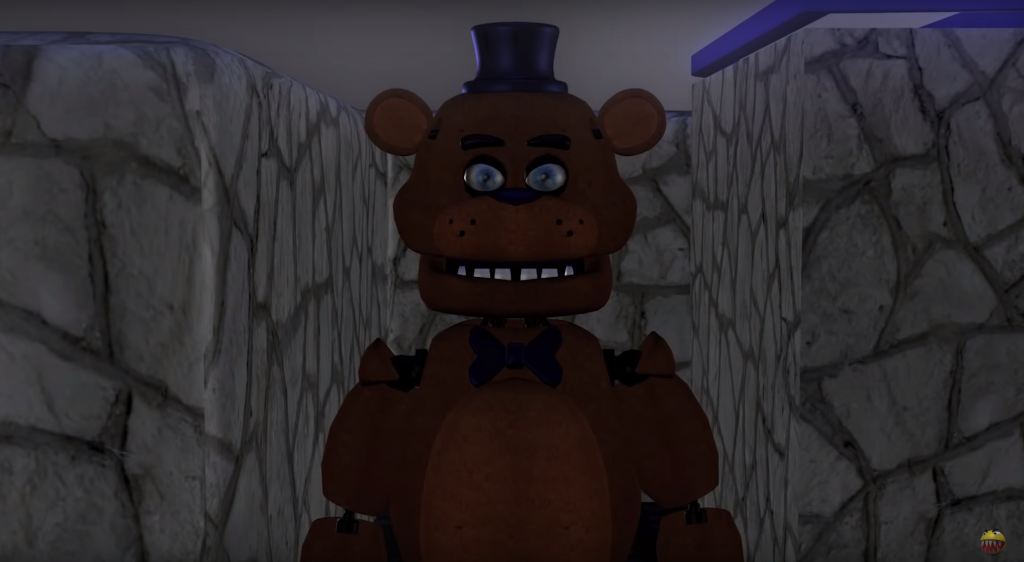 hey hey hey my fellow gaming lovers! I hope I am finding you well and happy! I have been very busy recently travelling for work and have visited a lot of great places, maybe a video blog is coming soon…stay tuned! 😉

In today’s article I want to share with you a very cool original 3D animation I produced some time ago featuring my favourite gaming character Pac Man and the very cool characters from Five Nights at Freddy’s. I really enjoyed producing this video and I hope you also enjoy watching it!

Here you can find some fun facts about Five Nights at Freddy’s directly from Wikipedia:

Five Nights at Freddy’s (often abbreviated FNaF) is a media franchise based on an indie video game series created, designed, developed, and published by Scott Cawthon for Microsoft Windows, iOS, and Android. The series is centered on the fictional Freddy Fazbear’s Pizza, a pastiche of pizza restaurants such as Chuck E. Cheese’s and ShowBiz Pizza Place. The player is a nighttime security guard in the first three games, who must use several tools (such as checking security cameras) and survive animatronic characters which become mobile and homicidal after hours. The fourth game, which has different gameplay mechanics than its predecessors, takes place in the house of a child who must defend against nightmarish versions of the animatronics by closing doors and fleeing on foot. The fifth game is set in a maintenance facility owned by a sister company of Freddy Fazbear’s Pizza. The player character is a technician (instead of a night guard), who must complete different tasks each night as directed by an AI voice. In the sixth game (with gameplay similar to previous games), the player owns the pizzeria and must decorate it with payable items and work the night shift.

A horror attraction based on the series was featured in the Adventuredome for Halloween 2016. The series appeared in the Guinness Book of Records: Gamer’s Edition, setting a record for the largest number of sequels released in a year.

I hope you enjoyed this article about my original 3D animation featuring Pac Man and Five Nights at Freddy’s. If you did, please let me know in the comment section below and share it with a fellow gamer! It would mean the world to me!