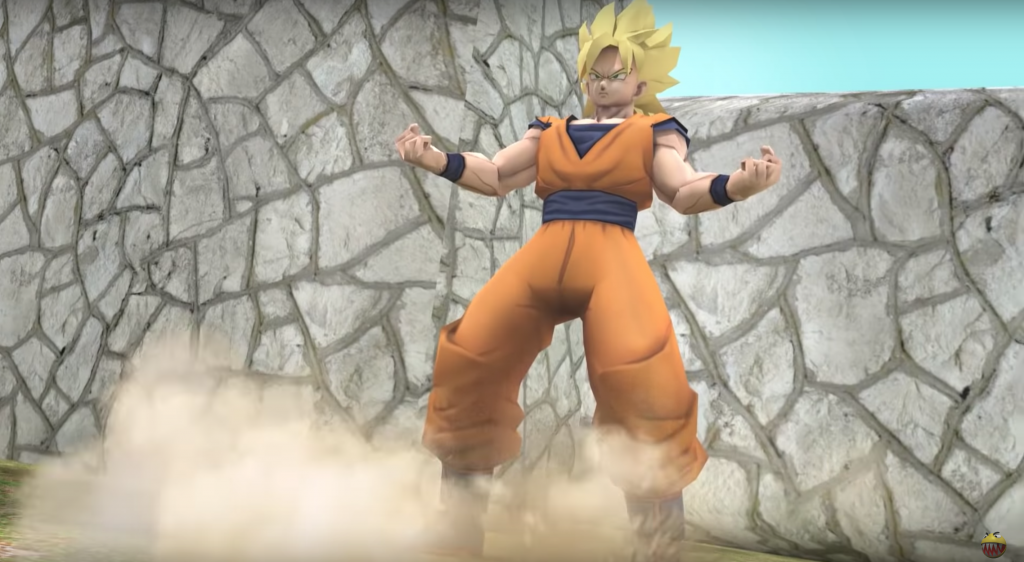 Hey hey hey my fellow gaming lovers! How have you been? I truly hope you have been having the time of your life playing your favourite games!

In today’s article I want to share with you an original 3D animation I produced some time ago featuring my favourite gaming character Pac Man and the characters from the Dragon Ball franchise. I bet you are excited, so what are we waiting for?! Let us dive right in!

Here below you can stream the full video directly embedded from my You Tube channel. Hope you enjoy it!

Here are more info about the Dragon Ball franchise directly from WikiPedia:

Dragon Ball  is a Japanese media franchise created by Akira Toriyama in 1984. The initial manga, written and illustrated by Toriyama, was serialized in Weekly Shōnen Jump from 1984 to 1995, with the 519 individual chapters collected into 42 tankōbon volumes by its publisher Shueisha. Dragon Ball was initially inspired by the classical Chinese novel Journey to the West, as well as Hong Kong martial arts films. The series follows the adventures of the protagonist, Son Goku, from his childhood through adulthood as he trains in martial arts. He spends his childhood far from civilization until he meets a teen girl named Bulma, who encourages him to join her quest in exploring the world in search of the seven orbs known as the Dragon Balls, which summon a wish-granting dragon when gathered. Along his journey, Goku makes several other friends, becomes a family man, discovers his alien heritage, and battles a wide variety of villains, many of whom also seek the Dragon Balls.

Toriyama’s manga was adapted and divided into two anime series produced by Toei Animation: Dragon Ball and Dragon Ball Z, which together were broadcast in Japan from 1986 to 1996. Additionally, the studio has developed 20 animated feature films and three television specials, as well as two anime sequel series titled Dragon Ball GT (1996–1997) and Dragon Ball Super (2015–2018). From 2009 to 2015, a revised version of Dragon Ball Z aired in Japan under the title Dragon Ball Kai, as a recut that follows the manga’s story more faithfully by removing most of the material featured exclusively in the anime. Several companies have developed various types of merchandising based on the series leading to a large media franchise that includes films, both animated and live-action, collectible trading card games, numerous action figures, along with several collections of soundtracks and numerous video games. Dragon Ball is one of the top twenty highest-grossing media franchises of all time, having generated more than $20 billion in total franchise revenue as of 2018.

Since its release, Dragon Ball has become one of the most successful manga and anime series of all time, with the manga sold in over 40 countries and the anime broadcast in more than 80 countries. The manga’s 42 collected tankōbon volumes have sold over 160 million copies in Japan, and are estimated to have sold more 250–300 million copies worldwide, making it the second best-selling manga series in history, behind only One Piece. Reviewers have praised the art, characterization, and humour of the story. It is widely regarded as one of the greatest and most influential manga series ever made, with many manga artists citing Dragon Ball as a source of inspiration for their own now popular works. The anime, particularly Dragon Ball Z, is also highly popular across the world and is considered one of the most influential in boosting the popularity of Japanese animation in Western culture. It has had a considerable impact on global popular culture, referenced by and inspiring numerous artists, athletes, celebrities, filmmakers, musicians and writers across the world.

I hope you enjoyed this article featuring an original 3d animation with Pac Man vs Dragon Ball on my You Tube channel. If you did, please let me know in the comment section below and share it with a fellow gamer! It would mean the world to me!