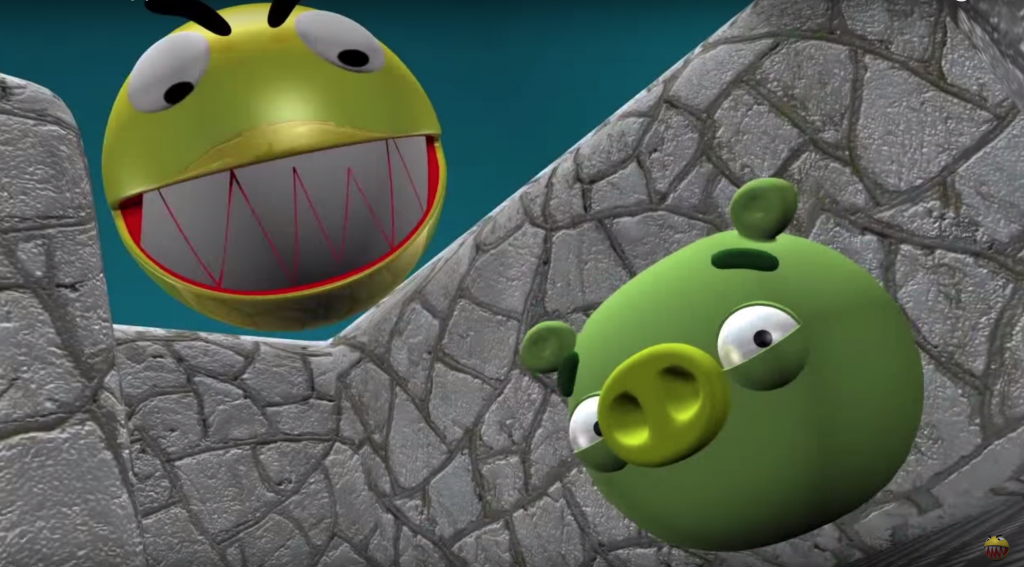 Hey hey hey my fellow gaming lovers! How have you been?! This year has been a crazy one, a lot of changes going through the gaming industry and also on my channel! I hope you have been enjoying my recent videos 🙂

In today’s article I want to share with you a very cool original 3D animation I produced some time ago featuring my favourite gaming character Pac Man and the characters from Angry Birds 3D. Angry Birds has been the first game I played on a smartphone and still to this day is relevant in the gaming industry! I bet you are excited to see the video, so what are we waiting for?! Let us dive right in!

Here’s some cool facts about Angry Birds, directly from Wikipedia:

Angry Birds is a fantasy-based video game franchise created by the Finnish company Rovio Entertainment. The series focuses on multi-colored birds which try to save their eggs from green-colored pigs, their enemies. Inspired by Crush the Castle, the game has been praised for its successful combination of fun gameplay, comical style, and low price. Its popularity led to many spin-offs: versions of Angry Birds created for PCs and video game consoles; a market for merchandise featuring its characters; Angry Birds Toons, a televised animated series; and two films: The Angry Birds Movie and its sequel The Angry Birds Movie 2. By January 2014, there had been over two billion downloads across all platforms, including both regular and special editions. By July 2015, the series’ games had been downloaded more than three billion times collectively, making it the most downloaded freemium game series of all time. The original Angry Birds has been called “one of the most mainstream games out right now”, “one of the great runaway hits of 2010”, and “the largest mobile app success the world has seen so far”. The first main-series video game sequel, Angry Birds 2, was released on 30 July 2015.

The first game in the series was initially released in December 2009 for iOS. At the time, the swine flu epidemic was in the news, so the staff decided to use pigs as the enemies of the birds. The company released ports of the game to other touchscreen smartphone operating systems, including Android, Symbian, and Windows Phone, and PCs.

I hope you enjoyed this article about my original 3D animation featuring Pac Man vs Angry Birds 3D . If you did, please let me know in the comment section below and share it with a fellow gamer! It would mean the world to me!